New roommate, new relationship, new school. There has been so much going on in the last few months! I’m so behind on blogging all the deliciousness I’ve been cooking and creating, and, ironically, my commitment to cooking at home as much as possible has been part of the reason I haven’t had the energy to blog. 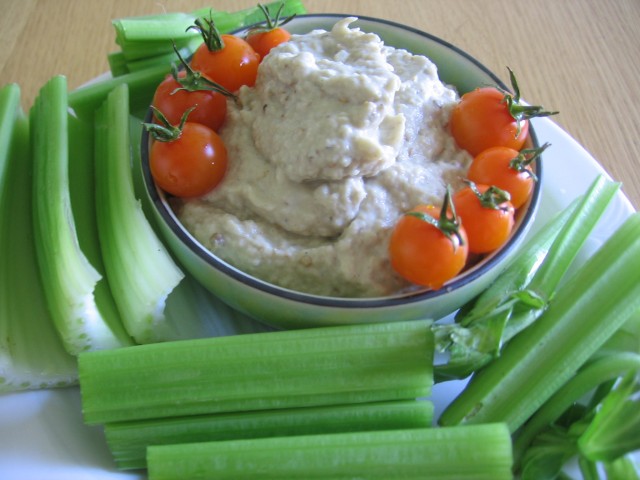 But as I’ve discussed in the past, part of the reason I lag on blogging sometimes is because I seem incapable of writing a post without making it a ten paragraph magnum opus. My life has been so incredibly busy I keep having the sense that I “don’t have time to blog,” which is only true if I let it be true. I keep taking pictures of food, I’ve mostly stopped doing any kind of post-processing on my photos and just throw ’em up as is, and if I keep my verbosity to a minimum the whole process shouldn’t take hours, the way it sometimes does. The way it often does. But that’s all in the past now. Maybe. At any rate, the intention of this blog is to serve as a resource for people who want to know what to cook with their CSA veggies and for people who want to know more about vegan, gluten-free cooking. I’d like to find ways to continue to do that, even amidst starting grad school, an overwhelmingly busy social life, and multiple other projects. 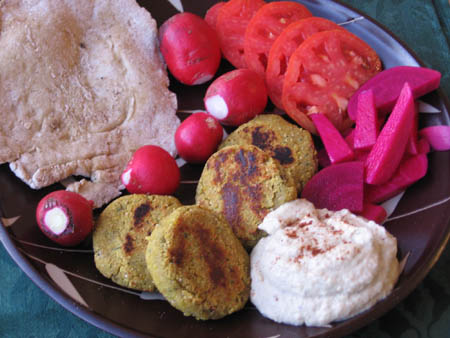 So today, as my reentry to the magical land of food blogging, I bring you the best baba ganoush ever. The baba this recipe produces is in a whole ‘nother category from store-bought baba. I think the two main distinguishing features are the texture, which is smoother and more fluid than the paste-like version one often finds in commercial baba, and the unparalleled smokiness. If you’ve never had homemade baba (and you’re not one of those people who can’t stand smoky flavor) this stuff is going to blow you away! I make it as often as I can (hurray for eggplant season!) and it’s incredibly gratifying to whip up a huge tub of the same spread that costs $4 for a tiny 8oz container.

The recipe I use is a David Lebovitz recipe, and I make it exactly according to his specifications and love it, but I do have a few notes. Normally in this case I would reprint the recipe here (with proper attribution and link) so that my notes and the recipe would be in one place (I find recipe notes tend to get lost if they’re on a different blog than the recipe I’m using) but David is very stern about wanting to be asked first, and that kind of time spent is what I’m trying to avoid right now in my new, keep-on-blogging regime. Plus his commentary in the post is quite witty and fun, so it’s good that you’ll get to enjoy that as well.

So, the Baba Ganoush recipe can be found here, on David Lebovitz’s blog. My notes are as follows: Like David, I also like my baba ganoush super smoky, and tend to char my eggplants on the gas flame until they are quite black all over. (Tongs are very helpful for holding the eggplants at the more awkward angles needed to char the bottom and top.) Unlike David, I don’t put cumin in my baba (this is optional in his recipe). I’ve never tried it, but it doesn’t sound good to my mouth. My final note is that sometimes I add considerably more lemon juice. I’m not sure if the other ingredients change in ways that demand more acid in the mix, or if my tastes are simply different from day to day. But I would start with the 3 tablespoons called for in the recipe and then after that add it to taste.