There are black beans in my pressure cooker, right now, merrily cooking away. Tonight I’ll make sweet potato and black bean enchiladas. Last time I made this dish (one of my favorites) I used canned beans and canned chiles. Now that I’ve gotten over my fear that my pressure cooker will kill me, I can use beans I bought for pennies, soaked overnight, and then cooked in minutes, and jalapeno and serrano chiles I bought en masse and then chopped and froze in little packets in my fridge. Cheaper, no cans or other packaging to deal with afterward, and every bit as delicious.

Tomorrow night I’ll make falafel. I’ll eat it with the homemade GF pitas I have tucked away in my freezer, and the homemade Middle Eastern turnip pickles I have waiting in my fridge. I’ll have company, so maybe I’ll break out some of my Royal-mandarin or blood-orange cordial to liven up our meal. I’ll have to warn my guests about the funky smell in my kitchen – that’s just a huge crock of kimchi fermenting over there, not a small animal that crawled into the corner to die. Wait ’til you taste it, though – you’ll forget the smell the instant that hot, sour, deliciousness hits your tongue.

Are you noticing a theme, here? As a frugal, vegan, gluten-free cook, these days I tend to make a lot of my own “base foods,” as I call them. Stuff like beans, pita, pickles, and liqueur that I used to buy at the store. Some stuff I prefer not to buy because it’s cheaper or yummier to make my own. Other stuff, like breads or nut cheeses, I make because the buyable versions (like wheat bread and dairy cheese) don’t work with my diet. I also just think fermenting is an awesome process – it’s supposed to be really healthy for you, but I’ve never even bothered to check on the science behind those claims because fermented food is so delicious and also super fun to make. 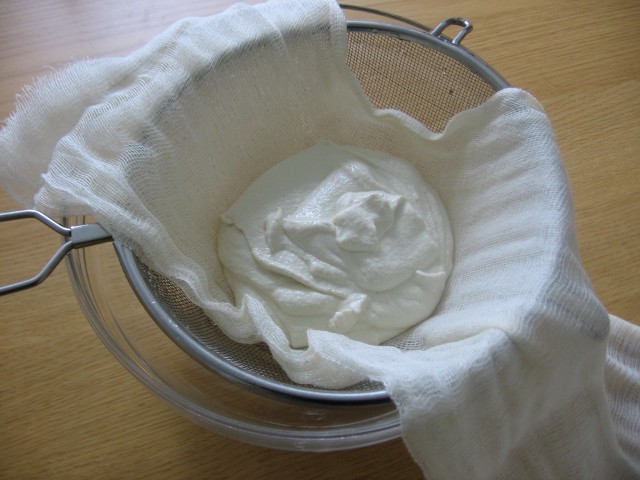 A lot of what I do might come under a term I’ve been hearing for a few years, “urban homesteading.” My interpretation of the term is that it refers to people who, like me, live in the city by choice or necessity, but still want to be connected to nature or to what they eat and wear and clean with and otherwise consume. Folks who keep chickens in their backyards and put up preserves and sprout sprouts and grow herbs in pots on their fire escapes. We’re trading back in some of that relentless consumerism that pervades our lives in exchange for becoming producers, for having a hand somewhere higher up on the chain of production. Sites like Punk Domestics are a paradise for city-dwelling people who want to make their own jams, sauces, syrups, pickles, olives, beer, wine, liqueur… the list goes on. (And yes, includes homesteady things you can do with meat, too, so be warned about the possibility of encountering photos of dead flesh.)

Jars of blood-orange cordial (with kimchi in the background)

This movement is not particularly new. It’s definitely still trendy (unless I’m totally behind the times, but as far as I know our collective what-is-hip consciousness hasn’t moved on yet), but interest in urban homesteading has been building slowly and steadily for years now. It is deeply connected to the general old-school-craft revival (knitting, sewing, building, etc.) that predates the widespread popularity of food-related crafting by several years. And of course, beyond food there are so many other areas where urbanites can work on self-sufficiency. Grey-water systems to handle waste water and irrigate the garden! Solar energy! Toxin-free cleaning! Urban foraging!

Back in 2008, Duck and I got a lot of great inspiration from a newly published book called, fittingly enough, The Urban Homestead: Your Guide to Self-Sufficient Living in the Heart of the City. Last week Facebook received a complaint about this book and promptly took down its facebook page. The complaint? That the authors, Kelly Coyne and Erik Knutzen, were infringing on the trademark of some other people to whom I’m not going to give more publicity (so I won’t be naming them here). The trademarked term? Yep, “urban homestead.” These people-who-shall-remain-nameless had sneakily snatched up and “owned” a term that has pervaded the blogosphere, the internet, and the world at large for the past several years. They’ve been threatening all kinds of blogs and websites with takedown notices. Too bad they trademarked this term well after Coyne and Knutzen published their book. 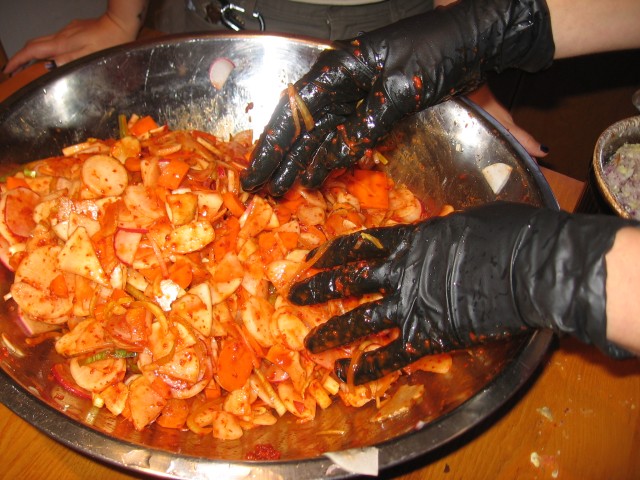 Are we in bizarro world here, people? Who on earth trademarks a term that’s been around for ages and is used by all kinds of communities and people, and then not only that but starts taking action against the other people who use it (and have been using it for longer, even!)? And these people aren’t evil Monsanto-corporation people. They’re kickass Urban Homesteaders™ like you and me. Or they were. Before they boarded the wtf-train and left us all eating their carefully composted dust, wondering what the heck happened. This is just so antithetical to the whole point of urban homesteading, for me at least. It’s not about shutting ourselves up in our root cellars full of jars and waiting for the apocalypse. It’s most definitely not about making money – then it’s not homesteading, it’s business. Duh. These skills and projects are about connection and community, about getting us all closer to the land and our food and each other. Learning and sharing these skills, both in person and through this blog, have been such an important part of my life these last few years. It irks me that someone is trying to take advantage of what all of our communities have built, that someone sees the power of the movements we’re creating and is trying to take it for themselves.

Anyways… that was an exceptionally rant-y rant, even for me. The point is, today is Urban Homesteader’s Day of Action where, in addition to pickling our pickles and tending our hens, we unite to “to blanket the web with the words urban homestead and urban homesteading through blog posts, web pages, and articles.” If you want to read more about this, here’s info from the Electronic Frontier Foundation, the Take Back Urban Home-steading(s) facebook page (nice avoidance of trademark infringement, there, eh?), an article from 2008 by the authors I mentioned above about how they define urban homesteading, a cranky little article about the controversy from TreeHugger, and a long, updated piece about the back-and-forth of the whole situation from the LA Weekly.

Changing topics a bit to talk about this week’s menu… (Although I really do feel like getting a CSA box and planning menus can both be important parts of an urban homesteader lifestyle, so it’s not such a jump in topics!)

This week’s GF Menu Swap is hosted by Michelle of Gluten-Free Smiles with the theme of garlic. There’s garlic in pretty much everything I cook! I can’t eat it raw (it disagrees with my tummy) or even in massive quantities cooked. When I was a kid my family practically lived on garlic, and I’ve definitely had to scale it back, but I still love the taste and how it adds something wonderful to any dish. Michelle talks in her garlic post today about how much she loves the immune-boosting and antibacterial/antiviral properties of garlic. I lived in St. Petersburg, Russia for one very cold winter. The city is built on a swamp, and the flus there can be terrible and frequently fatal. So it was not an uncommon sight to see little Russian babushki (old-fashioned granny types) walking around town in the winter with a clove of garlic stuck up each nostril! They believed this prevented the germs from getting in and infecting them. I never went that far myself, but it left me with a strong faith in the power of garlic as a preventative medicine.

For the giant compendium of menu plans from all over the web (plenty of urban – and rural – homesteaders among them), check out the Menu Plan Monday round-up over at OrgJunkie.